Community property and income may include:

Separate property and income may include:

Whether a couple has community property and/or income depends on the laws of the state where they are “domiciled.” Domicile is not necessarily the same as residence. Domicile is the couple’s permanent, legal home, intended for use for an indefinite or unlimited time. It is a question of the intent of the couple, but the IRS looks to a variety of factors to verify domicile, including where the spouses pay tax, vote, own property, and have social and business ties to the community.

For federal tax purposes, couples who have community assets and income (as determined under state law) may have to calculate their federal income tax differently. However, it is only if they are married and file separate tax returns that the disparate treatment arises. Just as community property is considered owned 50/50 by spouses, community income is also considered attributable 50/50 to each spouse.

When filing separately, each spouse must report one-half of the community income as their own income, regardless of who actually earned the money. Usually, all community income from the sources set forth above is added together, divided by two, and each spouse must list that amount as income on a separate tax return. In addition, each spouse must report in full whatever separate income was earned in the tax year from the sources described above. It sounds simple, but in practice figuring the amount or portion of income that may be community or separate can become complicated.

When filing separately, spouses claim an exemption for themselves. When there are dependents, (entitling the couple to further exemptions), the exemptions must be divided between the spouses by number, not the value amount of the deductions from income. Thus, if the couple has three children, all eligible to be taken as exemptions, the spouses must divide up this number (two for one spouse, one for the other spouse, etc.), not allocate the total exemption amount for all the dependents.

If one spouse itemizes deductions on the return, the other spouse must also itemize deductions. Deductions may be allocated as follows:

This division of community income can lead to inequitable results. For example, if one spouse deserts the other, the deserted spouse may have to file a separate tax return listing income earned and received by the other spouse, without having the resources to pay the resulting taxes. U.S. tax laws provide equitable relief for this under certain circumstances specified in the Internal Revenue Code and its regulations. 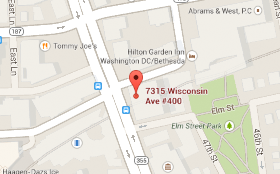